Overseas Council’s region of Europe encompasses Europe and the republics of the former Soviet Union in the Caucasus and Central Asia. The entire region is home to 733 million people, but by 2050, this number is estimated to shrink to 653 million. Meanwhile, the population of Central Asia and other Muslim areas is estimated to rise considerably. The region includes countries like Germany and Hungary with centuries-old seminaries, as well as countries like Azerbaijan where steps toward Christian leadership training are being taken. Throughout the continent, institutions are struggling to find ways to provide training that is accessible and beneficial to the Church. Overseas Council’s partners are on the forefront of this effort. 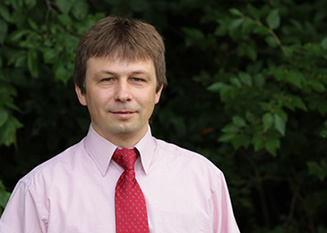 “What Ecclesiastes 11:1 says is true for me: ’Ship your grain across the sea; after many days you may receive a return.’ I am really thankful to the Lord for providing theological education for me through two Overseas Council partner schools, as well as my current opportunity to serve Him with Overseas Council as Regional Director. I pray that the Lord would use me to multiply and raise up ministers in His Church through theological education and humble leadership.”