Today 15% of the world’s population resides in Africa. Home to around 1 billion people, Africa’s population is growing rapidly. Estimates indicate Christians make up 49% of the population and Muslims 41% (Operation World). While Africa faces some of the greatest problems in the world in the form of poverty, inequality, disease and conflict, there is hope in Africa. The Christian Church is poised to exercise great influence on the continent. What this influence includes will largely be determined by the kinds of men and women who lead the Church. Our African partners are finding new and creative ways to train leaders for African realities, from rural ministry to senior theological leadership. 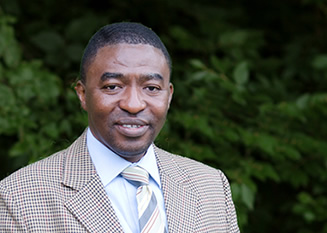 “What makes Overseas Council’s vision very powerful is training nationals so that they can train their own people in their own context to better serve the Lord. Those who are investing their time, energy, skills and resources so that this vision is implemented are making a big contribution to the growth of God’s Kingdom. I personally was equipped by Overseas Council through their Institutes for Excellence as I was serving as Principal of the Shalom Evangelical School of Theology in Chad, one of Overseas Council’s partner schools for 11 years. The training at the Institute was so important to my ministry all those years. Now I have the privilege of joining Overseas Council as Regional Director for Francophone Africa to help strengthen theological education in that geographical area. I request your prayers so that the Lord would grant me wisdom and a servant’s heart to better fulfill my task to His glory.”